VICTORY GAMERS
THE SEASON OF WAR IS OVER.
​THE BATTLE FOR THE VERDANT CORPSELANDS HAS ENDED. 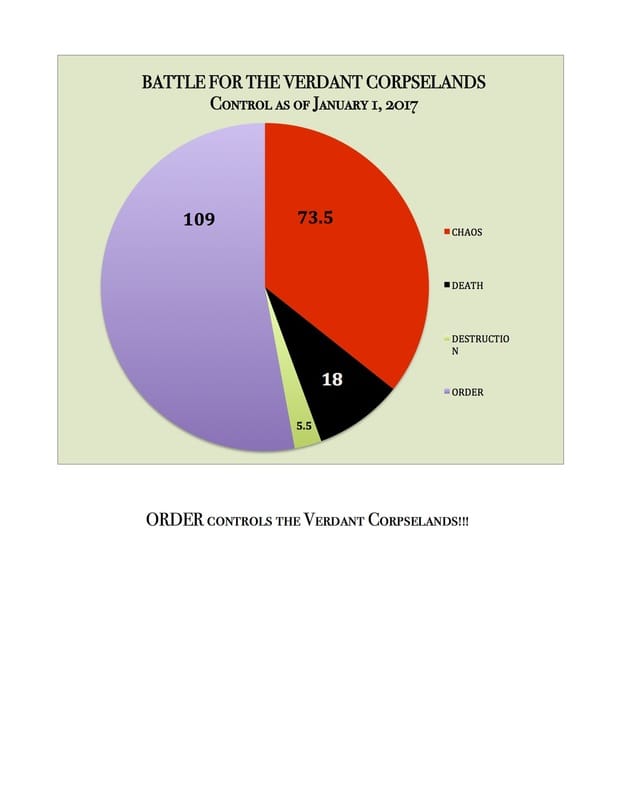 The Season of War has ended. The Battle for the Verdant Corpseland is over. Order has reclaimed the Corpselands! 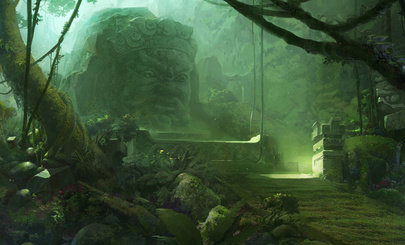 ln the Age of Myth, a great civilization arose in the jungles of Ghyran, the Realm of Life. Temples were erected to new gods, and hewn stone mingled with the lush green of the wild lands. Life abounded and prospered. Until that is the gods quarreled and turned their backs on the realms, and the blackness of Chaos fell upon the forest, leaving blood, bone, and despair where life once flourished. But Chaos could not hold what it claimed, and soon other forces appeared to contest the dark gods' dominion.

The land became known as the Verdant Corpselands, an overgrown wasteland fought over by armies of Chaos, Death and Destruction - like wolves over fallen prey - and none but the hardiest or most foolish souls ventured into the trees and swamps.

Then the Age of Sigmar fell upon the Mortal Realms like the god's hammer, and Stormcast Eternals pressed forward to re-claim the lands long lost to Chaos. Now they join with the other forces of Order to return life to the Corpselands. But Nagash counts the land as his own for Death, and the children of Gorkamorka are not willing to quit their jungle hunting grounds.

​War awaits. The outcome is in your hands. Who will seize victory? Who will lay claim to the Verdant Corpselands?
HOW TO PLAY

WHERE?: To count towards the campaign, all games must be played at Victory Comics in Falls Church. There is a regular Age of Sigmar night every Tuesday at Victory Comics from 6-9 pm, but players are welcome to play on other days and times, space permitting.

WHEN?: The Season of War: Verdant Corpselands starts with a kick-off session from 6:30-9:00 pm Tuesday, September 20 in Victory Comics in Falls Church.  Each week of the campaign runs from Monday through Sunday.  At the end of each week, results will be tabulated and posted on this website, both for faction and for individuals. The Season of War ends at 11:59 pm on Sunday, January 1.

WHY?: There are two paths for victory: a collective faction victory and an individual player victory.  The prize for the collective faction victory is the honor of controlling Victory Comics for your faction until the end of the next campaign.  The prize for the individual player victory is a $50 Victory Comics gift card. Prizes will be awarded in January 2017.

HOW?:  There will be a document box with score cards in the store, along with battle plans and Verdant Corpseland terrain.  Find an opponent, decide how you want to play (narrative or pitched battle) and at what level (for example, 1000 points, 2000 points, 2500 points). Then pick a battle plan from those provided or pick another of your choosing from the General's Handbook or any of the battle tomes.This is up to you and your opponent, but the battle plan must provide for major and minor victories  At the end of the game, hand in your score card to the register at Victory Comics. Your points will be tabulated and posted on this website by Monday evening. Players are encouraged to stick with one faction (chaos, death, destruction, or order) throughout the campaign, but may switch between factions during the campaign if they wish. At the end of the campaign, points will be added up and the faction and individual with the highest number of points will be declared the victors.